An original condition cream brick style unit in a strata group of 4 was (with 4 adjoining units from another strata group sharing a driveway) was released to the market 21st June utilising the Auction process with no price guide. Over the course of the next 24 days, 25 groups attended various inspections and several offers were presented to the owners.

Given the strong demand and competition that this process had created, with the note that no price guide was marketed, the owners were pleased to pursue running the property to Auction as opposed to accepting one of the offers being presented – which mind you were still under auction conditions.

A sizable crowd, shy of 40, attended the Auction and of such a great turn out 6 registered to fight it out for ownership.

With the auction underway, it wasn’t long before an entry bid of $300,00 kicked off a spar between the registered bidders and after a short burst of momentum, it levelled $340,000.

Auctioneer Michael Walkden and Laurie Berlingeri managed to tease out a further $5000 from the highest bidder after some swift negotiations occurred to reach a level that was acceptable for the owner and purchaser to move forward at.

4/12 Sixth Ave, Glenelg East reached a final value of $345,000, sold under the hammer with auction conditions with smiles all round!

Congratulations to the purchase and to the vendor of 4/12 Sixth Ave Glenelg East for the opportunity to assist with both the respective purchase and sale of such a fantastic property. 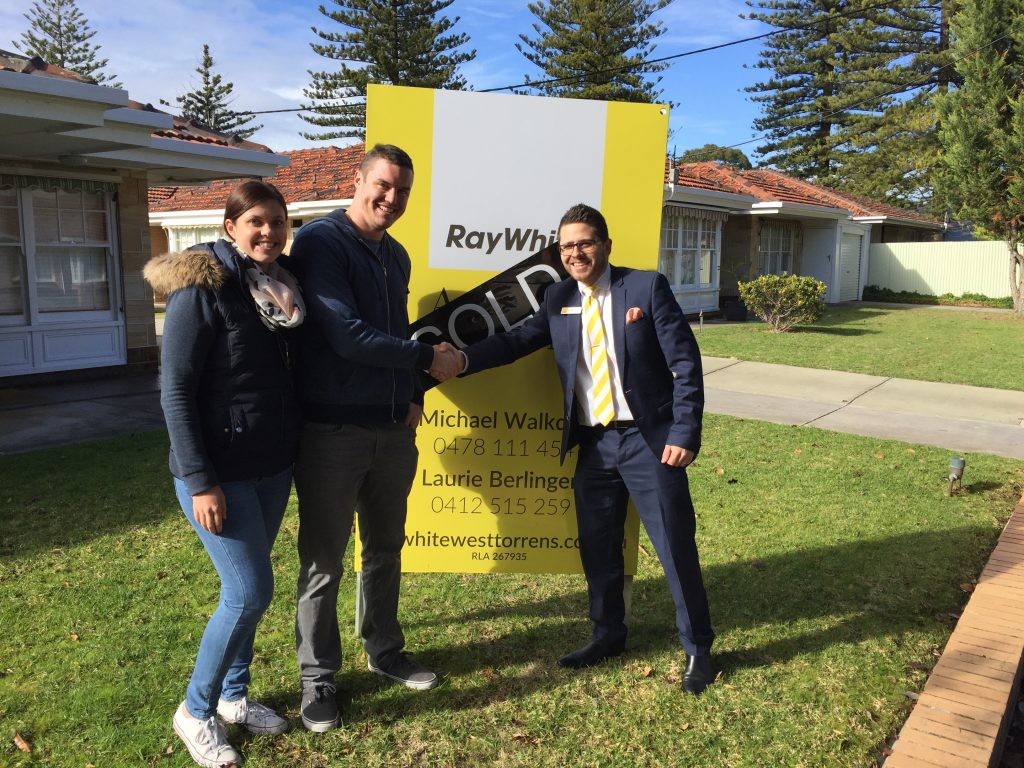